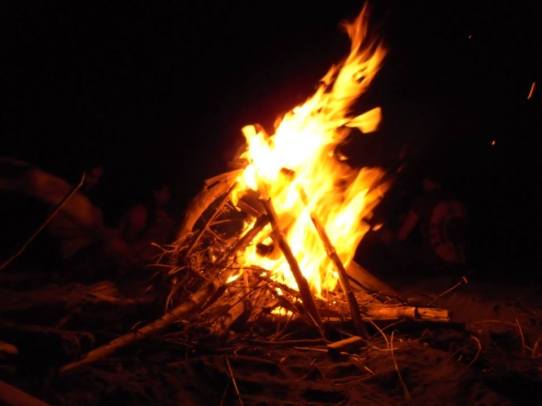 “There beautiful aren’t they?” Strom wondered if his father and he were looking at the same behemoths of industry that convulsed contrasting black smoke into the pale sky.

“Alright, I have to go to work.” Strom’s father turned to look at him. His skin was permanently darkened. It looked nothing like Strom’s snow light complexion.

“Good bye,” His father coughed violently as he went to walk away. He had escaped the coal mines after fifteen years to work in a coal fueled steal factory. The iron and coal mines in the mountains outside Ironmore had led to the rise of Norliche military strength three hundred years ago and had sustained them till now. Sustained as in sustained a dying wolf pack.

Strom walked through a chorus of hoarse coughing workers. Years and years of poisoning themselves slowly so they can feed their families. He looked into the clear eyed and darkened faces.

Strom pulled his coat tightly around himself. It was mid-autumn and the cold had already set in. over a hundred homeless were expected to perish this winter.  Strom had learned that at the college – the light in the heart of the city. It was a small campus of tall buildings.

He made his way through the frozen streets and smoke stained buildings. Even the buildings of the college wore discolored till they were coal smoke black, everything was black – or white where the snow had fallen.

“Strom, how are you?” A favorite professor of Strom’s greeted him.

“Good, how are you professor?”

Strom’s final class had ended over an hour ago and yet Strom lingered at the college. He read by the light of the fire at the center of the summit of the libraries tower. The sun barely penetrated the layer of clouds that never seemed to leave Ironmore.

Crack! Strom’s book was turn from his hands and throne off the side of the tower. The wind was so strong that Strom was nearly thrown from the bench. He stumbled but caught ahold of his bench before he was blown through the now manic fire.

The tower swayed beneath him. For a long second Strom was too afraid to breath. “By the Mother,” Strom said looking northwest into the bay. Lightning could barely be made out through the haze, but the flashes could be seen repeating again and again. Thunder rolled across the sky.

Strom had walked to the edge of the tower. His knuckles paled further as he clenched the stone parapet.

“It comes,” A voice beside Strom said in disgust.

A seven foot man with black-white Eagle wings stood beside Strom. He wore ivory and gold armor over flowing white robes. His hair was black. “Who are you?”

“My name is Tarabel. Prophet, I am the voice for the Spirit in this world.”

“The only who remained in the mortal.” Tarabel pointed out to sea. “Watch, this world is in chaos and needs to be shown the way of the light.”

Strom watched the coastal ice buckle and drop. Boats at harbor began to drift out, stressing their anchors.  The tide was rapidly retreating. Strom held his breath. He felt it first. It was like the land its self was afraid.

The sea returned. A great mas of water lifting boats atop its swell, then the cracked ice. With a roar it carried its destruction over the sea wall with a burst that sent spray as high as the Library tower. The sea claimed Ironmore. Strom watched the death and the mayhem from five hundred feet in the air.

Strom felt himself began to tremble. “Mother, Father and the Great Spirit.”

“They can’t help you, they will only watch as Hell makes its second grasp at the twin worlds.”

“No, this was caused by a leak of chaos from the fae. The more of Hell touches it the more its corruption will spread.”

“So what are you asking of me? I’m a scholar not a general to march an army into the Fae.”

“There will be no need for marching armies into the Fae. No, through you my light will be spread.”

Strom wanted to curl up and die, but a warmth came alive his stomach. A tiny sensation of courage that he knew he didn’t have. “What are you doing?” Strom watched an aura of light surround both him and Tarabel.

“This is my light, it will give you all the strength you’ll need. Take it and spread it to others. It can only grow. It will never diminish,” Tarabel explained. “Now go, save those of your people that you still can.”

That night Strom stood in front of a massive bonfire his shadow cast upon the couple hundred who had followed him from the city.

“Tarabel the merciful Tarabel the wise, he came to me…” Strom’s voice carried almost unnaturally. The water the water had retreated from him as he walked the streets of Ironmore had been unnatural as well. He had lifted debris off people that five men couldn’t move.

“He will guide us, our mission is clear! We are his disciples’, we must spread this lone Area’s light!” Strom raised his hands and Tarabel’s light surrounded him. Then it encompassed those who had followed him. 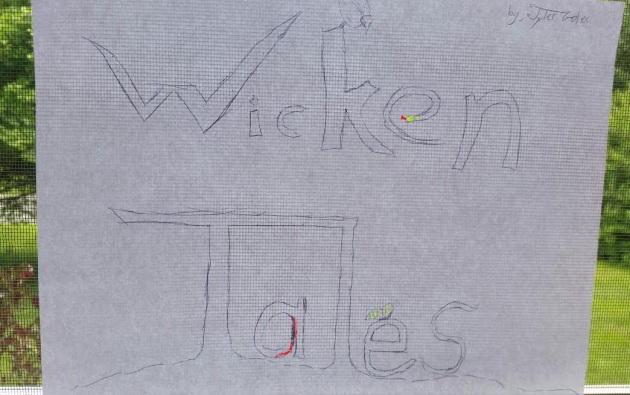 “Ironmore is gone, underwater.” Malick listened into the nightly report. He had been instructed to attend these since his return to the monastery one month earlier. “Some man there has been calling himself the Prophet of Tarabel. He apparently led the survivors from the city. Sources say he’s gathering followers in Cahrmarch. Half the Norliche’s government’s a floating corpse. Their whole system is in disarray.”

“Did you say Tarabel?” Malick asked.

“Yes.” Wicken Meyhill looked at him oddly. “Do you have something to say or can I keep giving my report?”

“Continue,” Malick said. Tarabel, bearing gifts from the Mother, Father, and the Spirit had charged into Hell to draw Belghra, Disinner, and Tharah’s attention in the final moments before the Hollowing.

“They ask us to continue as we’ve always had,” Wicken Meyhill finished his statement.

“That’s probably not possible if we can’t rely on their immunity,” Monk Talin said. “We will have to call in Sithin’s recruiters till this fixes itself.”

“I want to send three Wicken north,” Monk Thaniel spoke. He was stone faced and built like a mountain. Monk Thaniel looked indestructible even in his seventh decade. “Amora, Meyhill, Edipen, you three will leave in the morning. Don’t tell anyone about this. I just want to find out if this event was caused by the Fae or not.”

“I’m pretty sure the Fae hasn’t touched this place in the past hundred years.” Malick said looking out at the sea from an icy shore just a mile south west of Ironmore.

“We should get closer so we can be sure,” Meyhill suggested.

“I don’t want to risk dealing with those fanatics,” Malick said. They had encountered several groups, of who appear to be former workers and farmers, preaching about the Prophet of Tarabel. That wasn’t what bothered Malick so much though. It was that they become more frequent and armed. Those they’d talked to said that they were gathering at Cahrmarch to sail with the Prophet to Steilina.

“I hope the Medditte is ready to receive them all,” Edipen finally spoke.

“The Norliche Empire is failing. It isn’t surprising.” Meyhill said.

“We’ve seen enough,” Malick said. “It was either an act of nature or something else. There’s no corruption or Fae presence here. Let’s return to the Monastery.”

“What do you want to do talk to the prophet?” Malick asked Meyhill.

“We are servants of the Monks. He would talk to us,” Edipen added.

Malick couldn’t say that he didn’t want to do this. “Fine, let’s talk to him. But I don’t want to spend more time than I have too.”