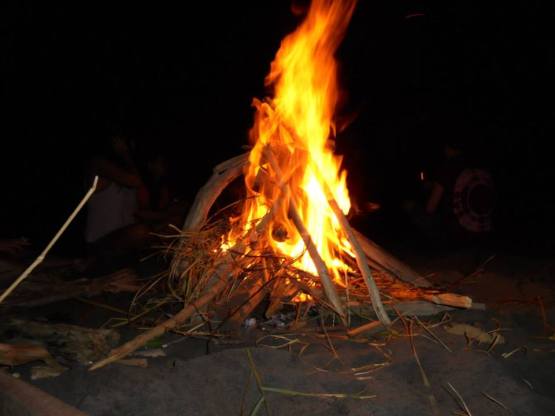 Four years old, and determined to help his parents out, Mal struggled to reach the keys his father had left on the store counter.  After sliding the keys off the edge, he ran them over to his father who unlocked the large double doors, officially opening the bookstore for the morning.

“Thank you Mal,” his father said.

His mother smiled at him as she stocked the new inventory.  He found his seat in a corner that watched the entrance of the store. He grabbed his book from the window sill next to it and began to read.

Creak, Mal looked up to see a customer enter. His father said it was good to know when a man walked into your shop, so he left the warped floorboard as it was beneath the mat.  Mal watched his father greet the man and offered his service. Soon Mal’s father’s voice could be heard between the aisles of oak book shelves, as he sought out the perfect read for his patron.

Mal found himself engrossed in his book once more. Creak, Mal looked up to see his father once more greeting a customer. Mal watched his father repeat his daily-dance for a moment before he returned to his book.

“Sarha!” Mal’s father’s voice carried through the store. “What was the title of Norman’s latest piece?”

Mal remembered watching his mother shelve the two copies that they’d acquired. He had wanted to purchase one with his next allowance.

Childish musings were halted by something far more immediate. Through the window Mal saw a black coated man watching him from just beyond the threshold of the shop. Creak, the man stepped in but his father and mother were already preoccupied.

“Can I help you?” Mal had put down his book and come to help this man.

“Do you prefer fictions or nonfictions?”

He bought one of the cheap pulp novels the Sooners put out. Kids mostly bought them because they were five for a copper, and easy to read. The man hadn’t even wanted his other four. Though that had been four weeks ago and Mal had mostly forgotten about the man. That was until he walked into the store once again.

This time his father was present, and swept in to greet him. Mal found himself inspecting the book shelf opposite where his father and the man talked.

“Give me one good excuse why I shouldn’t call the ironbacks on you?” Mal’s father spoke.

“The Wicken operate outside Ashton law.”

“I know a few ironbacks that would love an excuse to dent your jaw, Wicken.”

“Mr. Amora, I am not asking for your permission.” The Wicken said. “This is how it’s going to be. Norliche law commands it.”

“The Nor haven’t sent an emissary or ambassador in over two decades.”

“Ashton still answers to their rule. Your mayor will see it my way.”

“Mayor Drake can drink my piss if he thinks I’m going to let you take my son!”

“I will have him. Whether I burn down this book store in the process will be up to you.”

Three months later Mal found himself walking up the steps of the Jovaian Monastery behind the Wicken man who still wore his black coat. They had crossed Lake Mirri and had ridden through more forest than Mal had thought existed.

Sandstone and red brick seemed to play a prominent role in the Monastery’s architecture. Mal remembered reading about its construction back in Ashton.

“Keep up Malick, you’re going to meet the Monks soon.”

A five foot wall bordered edges of the plateau to the north, east, south, and west. The rest of Mount Uron guarded the western edge. It was mid Fall and chillier than Mal desired it to be.

“Hold it together kid, it’ll only get colder.”

It was a holy day and with prayer done Mal found that he had the afternoon to himself. Looking through the library bookshelf he found a familiar title, Ethelin of Azbier translated by Jakub Norman.  It had been two years since he’d left Ashton.

He remembered his mother saying, “Ethelin of Azbier, dear,” as if she was standing right next to him. He also heard her screams. He took the book from the shelf.

The year is seven hundred thirty two Before Hollowing and an infant’s screams could be heard from the highest tower of Azbier’s Citadel.  Five hundred feet in the air – the voice carried across the entire city.

“Ethelin,” A much quitter voice of the mother whispered.

“The Azbier Empire ruled when the Monastery was founded. Lady Ethelin was one of the founding saints!” One of Mal’s a young boy said to a girl.

“Lady Ethelin had fled from the Azbier to found the Monastery,” the young girl replied. “It was Norliche who made us what we are.”

“Actually,” Mal spoke up surprising the two of them. “Ethlin had been given permission to flee by her parents so she could spread the Spirits word without fearing the Papacy. And it was her parents who ultimately were assassinated by the Papacy for resisting them. Also the Norliche didn’t conquer this area till eight hundred A.H. – after Hollowing if you didn’t know. The Norliche did very little but give the Wicken power to do pretty much what they want.”

“Shut up, Amora!” The girl began to tease him.

Ethelin awoke suddenly. Sweat heavy brown hairs were plastered to her face and neck. She’d had another dream: Legions upon legions of dark twisted creatures crashed against the bulwark of light wrought shields and spears of the Arae. Great iron beasts with wings massive enough to carry them from the horrid acrid sky. The molten cores of their bodies brought the heat from furnaces of Hell to the great battle.

Ethelin calmed her breathing. “It’s not real,” she said to herself. “Not yet.”

“Come on, Malice Love, pick up your sword.”

Mal reluctantly picked his wooden sword up from the dirt. Horge came at him again. They were both ten but Horge probably had thirty pounds on Mal. Mal deflected Horge’s first strike – danced away from the second, and attempted a lunge. Horge deflected Mal’s wooden sword out of his hand. Wappp, Horge’s strike at Mal’s hip left Mal rolling on the ground.

“Stand up Mal! You little flower!”

It was now a few years later and Mal wasn’t that much smaller than Horge. “Just be quiet.” Mal tossed his wooden sword in the Horge’s direction.

“Go finger yourself!” a bruised Horge shouted after. He was trying to stand but his left ankle wasn’t working.

A few hours later Mal found himself lying on the cot in his room. He pulled the box out from under his bed looking for a book. Sitting on top was, Ethelin of Azbier. He’d finished reading that book years ago. He opened it anyways.

Tarabel was the name of the Arae who came to speak with Ethelin. “Tell me about your dream again,” Tarabel requested.

“You’ve heard it a hundred times. It hasn’t changed,” an aged Ethelin replied.

“I can’t believe that they’d breach our world.”

“Breach it, they will. It wasn’t in the mortal world that you fought.”

The Arae shifted his great black and white feathered eagle wings in frustration. “We will stop this.”

“Your dreams were given to you by the Spirit so we may prevent this.”

“As I said before, I don’t think it’s the Spirit giving me these visions. I know what the Sprit’s touch feels like. This is something else.”

Malick opened his eyes. He looked at Rylah for a moment before he remembered what had happened. She helped him sit up. Malick realized that they were indoors. In a cellar if he had to guess.

“This is my little hide away. I couldn’t bring you anywhere else.”

“What do you mean?” Malick tried to stand but got dizzy. Rylah caught him and sat him down. She passed him a mug of tea.

“Drink,” She said. “Jarl was gone, no tracks, not anything.”

“And what if I don’t believe you? You could of dealt with him while I was unconscious.”

“Why in hell would you still be alive then?”Rylah pointed out. “Speaking of Hell, what does it mean that a rift was opened into the Fae? I thought that was impossible.”

“The Faery killed the thing easily enough, it wasn’t anything to powerful. The lower in class may be trying to cross. This wasn’t there first attempt. But it was the most successful one I know of – that the monks have told me about. It went as far as poisoning the water and the land. It had even pulled some Saetyrs under its influence.”

“And the Wicken are trying to stop this?”

“The Monastery won’t hear anything about you, nor will they ask. Either way I wouldn’t stay here long,” Malick said.

“I was going to leave in the morning. You should get some more sleep.”

“I’ll see you in the morning Wicken.”

“No you won’t. You’ll be halfway to some place where the Wicken won’t ever catch you.”

Malick smiled and let himself fall back to sleep.